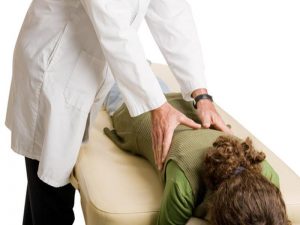 We hope you will take a moment to get to know Dr. Oblander and our Staff. Each member of our office staff has seen the miracle of Chiropractic in action and is committed to helping others enjoy the tremendous benefits of Chiropractic Care!

Dr. Greg Oblander came to be a Doctor of Chiropractic after a career as a petroleum landman and business owner.

In 2002, Dr. Greg was feeling strongly compelled to continue his education. Dr. Greg’s wife Jo was experiencing 24/7 migraines, an ailment she had contended with for 13 years. Both Dr. Greg and his wife Jo are believers in the power of prayer. Dr. Greg utilized prayer to figure out if he should continue with his education – never thinking a career change might be in store. His initial intent was just to decide if he should take some night classes to enhance his scholastic portfolio.

In December of 2002, answers to those prayers started coming! Dr. Oblander was guided to pursue an education to become a chiropractor!

In May of 2003, Dr Oblander began his studies at Logan Chiropractic University in Chesterfield, Missouri. He graduated in December of 2006.

A huge bonus that occurred for Dr Oblander and his wife during his time at Logan Chiropractic University was that Jo was able, with the help of doctors at the university, to determine the cause of her headaches and eradicate them completely. By the time she found her answers, she had suffered with 24/7 migraines for 15 years (MD’s had told her that her headaches were all in her head).

Dr. Ryan Oblander was already raised by the time his father, Dr. Greg Oblander went back to school. However, he accompanied his parents to St. Louis, Missouri when his parents moved so that his father could pursue his chiropractic doctorate.

He was quickly able to see the difference that chiropractic treatment made in the lives of his family members and himself.

He initially pursued a career in management with a major home improvement corporation. Though he was great in that detail-oriented environment, his heart eventually led him to return to Missouri to pursue his own Chiropractic doctorate at Logan Chiropractic University. In addition to his doctorate in Chiropractic, he also obtained a master’s degree in nutrition.

Our receptionist, Dawn Tadday, started out as a patient. She had been in an automobile accident and was seeking relief. She found the relief she needed, and she now loves assisting others get the relief they need!

As chiropractic has become a part of our lives – we have witnessed, first-hand, the wonderful things that chiropractic can do. Being that chiropractic looks to address the issues of health from the root of the problem rather than mask symptoms – no one should find that surprising!

We recently had a patient call in who has been treated by both doctors. She expressed that she had seen several chiropractors in the last few years and had found some relief, but she could not believe the difference treatment had made under the care of Dr. Greg and Dr. Ryan. She enthusiastically called both miracle workers!